University North
Next →
Category
page 1/2
Next →

In the period from 23 to 26 April 2019, the teachers of the High School of Health Sciences Slovenj Gradec (Slovenia) - Danica Železnik, phD (the Republic of Finland), and Uroš Železnik, a master of health care.

Teachers gave lectures to the students of the 3rd year of nursing studies, they visited the workshops of the practice classes and exchanged their experiences with teachers and students. 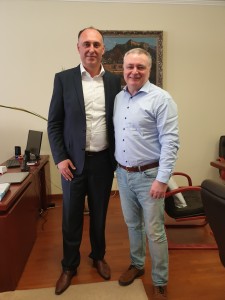 Meeting of representatives of University North and Uzhhorod National University

Representatives of University North headed by professor Marin Milkovic phD, University North rector, visited Uzhhorod National University (UzhNU) during the period from 16 to 19 April, 2019. During the visit, a series of important meetings were held, and the most important meeting was with the rector of UzhNU, professor Vladimir Smolanka, MD DSc. The rectors’ meeting was held on the mutual initiative, and as a continuation of the long-standing contacts of the Varaždin and Uzhhorod scientists (Kranjčec-Studenjak, 1986), and the cooperation between UNIN and UzhNU. 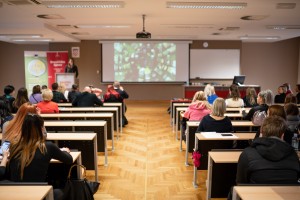 Information Day organized by the Agency for Mobility and EU Programmes

On April 5, 2019 from 10.00 to 14.00, in the hall UNIN 1-110 at University North an event was held called the Information Day on the topic of Marie Sklodowska-Curie, Erasmus + and CEEPUS . The event was organized by the Agency for Mobility and EU Programmes (AMPEU) and University North . The event was held with the aim of informing teaching and non-teaching staff and students about EU programmes and opportunities they provide. Participants of this event were welcomed by the vice-rector for Scientific and Artistic Work and International Cooperation, Associate Professor Anica Hunjet, phD.

Associate Professor Petar Kurečić visited the University of Malta from April 4th to April 8th, 2019, performing the ERASMUS+ KA103 teaching mobility for the ongoing academic year. Prof. Kurecic was a guest of the Vice-Rector for International Cooperation and Quality Assurance, Professor Godfrey Baldacchino, one of the leading experts in small state research, with a special focus of his work given to small island states. Professor Baldacchino is also co-head of a UNESCO-funded co-chair established at the University of Malta and Prince Edward Island University (Canada), focused on island studies and sustainability. 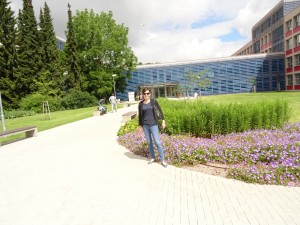 In the period from  25.6. to 29.6. 2018, Senior Lecturer Damira Đukec, PhD participated in Erasmus+ Teaching Staff Mobility programme. She has been at  University of Life Sciences in Prague with the purpose of teacher training. During her stay there, she has made valuable contacts that will be a foundation for future cooperation in the field of mobility and scientific projects. Participating in Erasmus + programme is a valuable experience that she would recommend to students and staff. 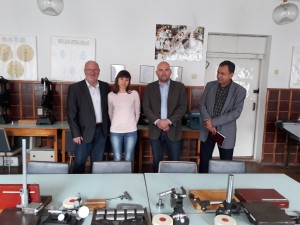 On April 23, 2018 within the framework of Erasmus+ program, a meeting was held between vice-rector of Odesa State Academy of Technical Regulation and Quality for research and international relations Hennadii Bratchenko and Vice-rector for Teaching and Educational Work Oleksandr Diachenko and Rector of University North Marin Milković and Vice-rector for Scientific and Artistic Work and International Cooperation Anica Hunjet and Erasmus+ Program coordinator Aleksej Aniskin.